This is never a good thing and as such I will strive to get out of the dangerous comfort zone this week. Protected by questioning hopefully.
Posted by Karma Phuntsok at 5:15 AM No comments:

Sarwa Mangalam!
Posted by Karma Phuntsok at 12:24 PM No comments: 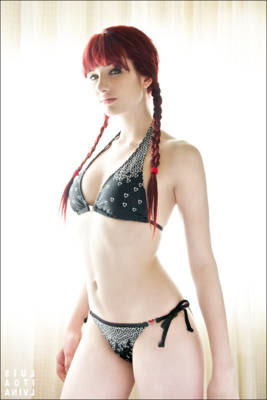 Whichever way the meat industry, with it's powerful political lobby, tries to spin things, the average person in an industrialised country eats far more meat than they should purely from a health point of view, never mind taking any wider environmental and ethical issues into account. From a biological point of view our digestive system has not yet evolved to handle the amount of meat eaten. Health problems our hunter gatherer ancestors never had to deal with as well as rising obesity bear witness to this.

As well as having a disproportionate political influence, the meat industry has had one of the most successful marketing campaigns in marketing history. And it's not simply the often publicly funded advertising campaigns, but the fact that eating meat as a positive thing is one of the most established memes in Western culture, predating industrialisation. This is where the real problem lies, the unquestioning belief that it is normal and advisable to eat meat is in some ways almost as disturbing as the cruelty that underpins the industry. From birth we are conditioned to simply accept that this is what one eats. And the addictive nature of meat eating is the often hidden suffering in the meat industry.

Many people who have attempted to give up eating meat have found it difficult, in Western Vajrayana circles a worrying trend is how meat eating is often excused. Meat eating was pretty common in pre-invasion Tibet for practical reasons. Ever the orientalists, many will justify eating meat on the basis that their Lama does so, or in the more deluded cases by claiming that they are creating a karmic link between the Dharma and the dead animals by eating the meat.

There is indeed a belief in Vajrayana, which goes back to Indian times, that eating the meat of a being could indeed benefit it spiritually. Tilopa was eating fish when his future disciple Naropa first met him and the Buddha himself ate meat. However the issue here is that for there to be any benefit to the being that is eaten, the person eating must be pretty advanced in terms of their realisation. When Khyabje Chatral Rinpoche, possibly the most widely respected Dzogchen lineage holder acknowledges that eating meat can benefit the animal being eaten, yet claims he himself is unable to do so, it seems insane to image that some guy who meditates for an hour a day, has not completed any sort of Ngondro and doesn't understand what refuge really means, is then actually doing anyone any good at all by eating meat.

I'm not going to go in depth about the meat vs vegetarianism debate in Buddhism in general or Vajrayana in particular. I simply wanted to illustrate the above point as it used to be the most predictable and commonly used in this debate on various Buddhism discussion forums. If you want to read more on meat in Buddhism, check out the excellent Shabkar, with quotes from contemporary teachers as well as from Sutra and Tantra texts.

My final question to Buddhists who claim to be benefiting beings by eating meat is this. How is it benefiting the butcher, especially those who work in industrial slaughterhouses killing hundreds of animals per day?

Again in the Western Buddhist world the levels of self-deceit here are through the roof. Why? Firstly, the normalisation of porn, along with availability has led to an increase in misogynistic attitudes amongst young educated white men, effectively the same demographic as the majority of Western Buddhist, according to Peter Harveys research at least. Here again genuine Vajrayana ideas are applied with tragicomic effect. On the same discussion forums where eating meat was hailed as a Bodhisattva act, the same people would also claim that their sex lives were along similar lines, i.e. they were not simply fucking, they were practicing kamamudra. This practice is traditionally only said to be suitable to people who have a high level of realisation, so if you can fly, walk through walls and and you can eat shit like it was ambrosia, then it might be wise to err on the side of caution. It's possible to have normal human sex, as elaborate as you want without pretending it's something it isn't. For the record there are very easy ways to make your sex life more integrated with your practice without it being 'tantric sex', although it seems simple mindfulness and kindness are not exotic enough.

Both really come down to individual responsibility or as the Dalai Lama says:

“Responsibility does not only lie with the leaders of our countries or with those who have been appointed or elected to do a particular job. It lies with each one of us individually.”

Those who have taken refuge in the Three Jewels are committed to at least try to reduce the ammount of harm they cause others, both directly an indirectly and to try to help where possible.

In terms of engaged Buddhism, something which The Dalai Lama, Gyalwang Karmapa and many others are involved in or at least supportive of, both industries mentioned here seem like good targets, purely on the basis of the sheer variety of tactics that can be used against them.

I know that there is a tendency amongst Western Buddhists to allow inertia by claiming 'not to do politics' or that they are doing so much more by meditating. Fine, it's their choice, but let's not forget that engaged Buddhism is not a new invention and has a long history which has had an affect on the countries where it took place. Hypocritically hiding inertia and fear behind a mask of 'detachment' or worse, 'niceness', as is most often the case, did not stop Chinese monks posing enough of a threat to Imperial power that caps were placed on numbers in monasteries, nor did it stop Milarepa or Drukpa Kunley from speaking out against injustices and hypocrisy around them

From an Anarchist perspective the meat industry needs to be opposed as it is essential to the maintenance of both land control and wage slavery. Obviously Anarcho-primitivists and others might take things further by talking about specieism as part of a hierarchical structure.

The elephant in the room in lots of Anarchist circles is often the subtle misogyny, which are a reflection of the society from which those in these circles come. Whilst it's impossible for men to truly be feminists, something no amount of "This is what a feminist looks like" t-shirts or attendance of awareness classes will change, the recognition that attitudes and structures which support, facilitate and normalise misogyny are the very same as those who do the same for statism more generally and must therefore be destroyed.
Posted by Karma Phuntsok at 6:45 AM 2 comments:

Had an awesome weekend in solitary retreat. I feel like I can walk through a mountain.
Posted by Karma Phuntsok at 2:35 AM 1 comment:

Last night I dreamt that I was in a temple, which looked familiar. Lama was there as were some other people, we were doing a puja, possibly Cho' or a protector practice. I don't really know, but there was definitely something connecting it all to Machig.

Anyway there was an offering section to the puja where suddenly Lama flew up into a dance whilst holding a bell and vajra, he subdued some sort of entity which had turned up.

I also felt the saviouress Tara being present in her yellow form. This form I think is associated with wealth.

I woke up feeling happy as I felt the entire dream was a favourable omen.
Posted by Karma Phuntsok at 4:50 AM No comments: