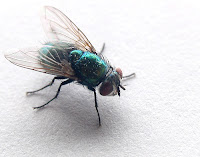 After eating lunch I was sitting just contently relaxing. Then I see a fly in the bowl going after the left-overs. Flies have awful lives, they have to eat shit to live their short lives whilst constantly being scorned and chased away by people and cows alike. Worse, they have no understanding that they are already endowed with all the qualities of unlimted love, compassion and equanimity.

I love you Kathmandu, I really do.

If one has grown up in the relative convenience and comfort of any Western city, living here could potentially be difficult. Over the past year I have met several Westerners who have been driven to their wits end by "things not being like at home". I have also had some of those moments, although possibly less so due to having spent a fair bit of my life living a semi nomadic existence, much of it in Asia.

There are many sites that people will cite as the crowning jewel in Kathmandu, Swayambhu, Patan, the Boudhanath Stupa or the Himalayas towering behind Shivapuri on a clear day. These are all amazing places, and some of them have such spiritual value for me personally that I cannot put it into words.

Despite all this, what I actually love about Kathmandu is the people. Yes the same people who daily try to rip me off whenever I buy something or try to organise something.

Life here, and in the Himalayas in general, is fucking hard. In a different way it is also hard if you are a banker in London. Whatever we do, ultimately samsara has the nature of being self-prepetuating in the sense that we have to generate negative karma simply to survive. In some cases this means robbing people on the street, in some cases it means working for a corporation which is polluting the planet whilst using mercenaries to clear the pesky little brown people away from where you are mining.

So why do we do all this? We do this because we are habitually conditioned to follow our negative emotions.

Whether it's a policeman pushing you back at a protest, a fake sadhu wanting money, a banker refusing you a loan in a particularly annoying way, there is no objective reason to get angry with them. When someone acts like an asshole they are not choosing to be like this. Applying this to our own lives, we see how we are anything but happy when we are angry, jealous or greedy etc. Then seeing how we are unhappy at those times, we can instead take an attitude of empathetic patience thinking "I know why you are being such a prick" instead of looking for the most effective way to get one over on the person in question.
Posted by Karma Phuntsok at 11:27 PM No comments:

Some people are just nice

So not only do I have financial support to continue studying.

Now I have free classes, however my teachers in those classes are not just random people, both are Loppons, one of them has also done 4 year retreat.

Currently doing "37 Practices of a Bodhisattva" and next week either "Mind-training" or a Ngondro commentary.

I've never done anything for anyone else, yet I get everything handed to me on a plate with a kind smile. Hopefully I will be able to use all this for some good one day.
Posted by Karma Phuntsok at 12:45 AM 1 comment:

One Buddhist response to Osama being killed

If one accepts the doctrine of cause and effect, or karma, then whenever someone does something we label negative can be understood to have come about through a number of factors, and we should also understand that the action will bring future suffering on the actor. Generally the consequences of actions are said to be "bigger" than the act itself, although factors like intensity of intent, and so forth, make a big difference.

If we see someone engaging in something truly horrific and we understand that they are sowing the seeds of their own future torment, then compassion will be naturally present, unless we are psychopaths.

In a situation where someone has harmed us, or those we love, then seeing the perpetrator somehow suffering can bring about a very very limited short term sense of "justice" or similar nonsense. This is natural for deluded beings with attachment and aversion.

There does however seem to be a bit of a gap between a spritiually immature sense of justice and rejoicing in someone elses suffering. Karma is constantly generated and by rejoicing in the suffering of others we are simply setting ourselves up for future suffering.

Rejoicing in the suffering of others, whilst calling it justice, is effectively the same as getting blind drunk to forget your job/marriage or whatever is falling apart. Short term there might be a slight sense of relief, but long term it's just adding to the overall pain.

As Shantideva points out, when someone harms us out of anger and so forth, not only should we try to react with compassion and wisdom, but also use the situation for practice. Without people acting negatively towards us, there is no way we can develop patience.

In the most of the mind training mauals those who harm us are referred varyingly to as "objects of compassion" or "wish-fulfilling jewels" to revered as great teachers.

So a guy who was linked to the killings of thousands of people, directly and indirectly, got killed. Impermanence is reality and we are all going to die soon, what is the point in rejoicing at the death of another being simply for their involvement in killing? Is it going to bring anyone back or somehow stop more killing? No. Are the people currently celebrating this also celebrating the death of every butcher or factory farm owner?

When we are beginning the Mahayana path, it's taught that we should make XBOXHUGE aspirations. This means, at least mentally, to take on the suffering of all sentient beings as experienced now, as well as that which is to come from their negative karma.

When the King of Yogis was poisioned he made aspirations that the negative karma the Geshe who poisoned him would ripen in himself alone. This was done out of love, and an understanding of the whole situation, not as part of a messianic piece of spiritual onanism.

When we talk about compassion in a Buddhist context it covers quite a lot of ground. Initially, it means things like wanting the obvious pain beings experience, and the causes of it, to be removed. Later this is expanded to the more subtle, or all-pervasive suffering. When one understands, or even better has some realisation of, Buddhanature, then it all becomes a bit more painful. According to the Buddhanature doctrine, all beings are at all times perfectly enlightened Buddhas and they simply fail to see this as a result of temporary veils. This is tragic beyond compare.

Precious Root Guru, inseperable from the Buddha of the Three Times, Karmapa.
Bless me that upon seeing others engage in negative actions, I may there and then take on the suffering inherent in it, whilst seeing it's empty nature clearly.
Posted by Karma Phuntsok at 4:03 AM No comments: