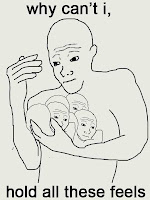 Every single Buddhist practice has as it's purpose to end grasping. Grasping, clinging or attachment, it's all the same in terms of the result. Suffering.

When we try to sit and simply watch our minds, all manner of discursive thinking arises in the forms of mental imagery, emotions, feels. From a Sutric perspective, these arise on the basis of a consciousness, such as visual consciousness, seeing something, generating attraction or aversion and the show is on the road again.

For those of us who are beginners, it can seem discouraging to see all this busy racing mental activity. We shouldn't be discouraged as it's actually a sign of progress. It might just be the progress of for the first time in our lives we are sitting and not trying to "do" anything. So rather than generating all this activity, we are simply being exposed to it for the first time ever. Over time as we become more stable and experienced in our practice, discursive thinking and so on naturally lessens and our minds become more flexible, relaxed and at ease both on, and more crucially, off the meditation cushion.

"At first a yogi feels his mind
Is tumbling like a waterfall;
In mid-course, like the Ganges
It flows on slow and gentle;
In the end, it is a great
Vast ocean, where the Lights
Of Son and Mother merge in one." The Song of Mahamudra Tilopa

Similarly, when people practice meditation involving visualisation of deities of varying complexity, not having clarity of the object of meditation, not getting the full picture as well as the same discursive thoughts as above, can be discouraging. Two pieces of advice I found very helpful in dealing with this are as follows:

Bokar Rinpoche describes deity meditation as a child sitting in a pile of toys. The child pics up one or two toys at a time and doesn't play with them all at the same time.

Jamgon Kongtrul talks about murkiness of visualisation in Creation and completion. He reminds us that whether clear or murky, the basis of the meditation is the same in both cases.

So if we have the confidence, something which comes with time and experience, we relax more, and the deity, mandala or whatever becomes clearer with more of the details on show. Conversely, if we become uptight and neurotic about "doing it wrong" or not getting the whole picture, we will just make things harder for ourselves.

We have to be honest in relation to our capacity whilst not becoming despondent or demotivated. Consistent, yet relaxed, effort might be one way of doing this.
Posted by Karma Phuntsok at 1:40 AM No comments:

Suicide of a friend, Tibet in flames, and why I didn't hate Anders Breivik. 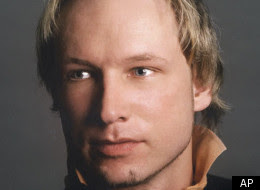 So many people have been kind to me in this life.

My parents gave me life, love and every material support they could, even if this meant having to do without themselves. My mother always encouraged me to be forgiving to people, and my father always was an example of integrity whilst having his own demons to deal with. According to my main Lama, they were the perfect parents. Despite this, through the force of my own karmic tendencies, I failed to really appreciate what the have done for me, and apply what they taught me.

Then later many wonderful school teachers helped me despite being in a system which was, and still is far from ideal. This happened on a more profound level at university where my worldview was shaken and I encountered the sublime Dharma.

In various ways, and to different yet equally important extents, they have shown me how to practice the path to Buddhahood, and happiness. The kindest of them, who I'm closest to have called me on my own bullshit in skillful ways.

Due to karmic habitual tendencies, my own practice is an intellectual game severely mixed with mundane or worldly concerns. This is very sad, however I hope and aspire that the connections made or seeds sown will ripen in the future and I will then be able to benefit others, as this is the purpose of practicing the BuddhaDharma.

Recently a friend killed himself, due to depression. Many years ago I had similar thoughts, but the instructions of a certain Lama helped me not only overcome the wish to die, but transform these feelings into rocket fuel for practice. Ironically, around the same time, my now dead friend gave me something of value. He simply listened and laughed with me, a simple, but important act of compassion and kindness.

Generally samsaric happiness is like honey on a razor blade in that it's very short lived and contains the seeds of immense future suffering, thus laughter and the generosity of listening were at the time of great benefit to me.

This summer Anders Breivik, someone I shared a school with, staged the biggest massacre in Norway since WW2. Three people from a small community I lived in died and someone I once worked with lost his son.

Norway being a place of high living standards, low crime and somewhere people feel safe, had a range of reactions to this. I'm not judging anyone for how the reacted, but am simply offering my own experience of the event.

Brievik acted under the influence of negative emotions of hatred and ignorance, possibly also others such as jealousy and greed. From my own experience I know that having these emotions is a best unpleasant and at worst a taste of hell. On this basis I could feel no anger or hatred towards him, simply concern for his future lives. If I had compassion I would offer an aspiration like Bodhisattva Shantideva did "Whatever suffering is in store for the world, may it ripen in me".

As samsaric beings we experience the full range of the negative emoions on an ongoing daily basis. If we develop mindfulness and awareness we will come face to face with these in a very direct, and at first, frightening way. They are not stronger than before, but we are not used to seing them so clearly so the seem more vivid or real. However if we become used to seeing where the come from and go to. Like waves in a lake, they come from the water of the lake and go back there. In other words, they have the same nature as the lake.

Negative emotions are the same in that they arise and dissolve in our minds. If we look at our minds we see that we can't acually find anything solid or permanent. Mind has no colour, shape, smell or texture. Ones emotions, good or bad, and actions do not define a person. We have to distinguish between actor and action.

Whatever arises in our mind, good or bad, if we learn to let it come and go, we develop a basic stability that means we are better able to deal with whatever comes up. Forgiveness is also easier and to some extent spontaneous, and eventually all experience is spontaneously liberated on the spot and all grasping and clinging is abandoned.

The above is the ramblings of an idiot, who despite having been given the Dharma which liberates in one lifetime on a plate, insist on circling in samsara. As such don't take too much from it. If it helps you great, if it offends, I apologise.
Posted by Karma Phuntsok at 10:31 PM No comments: